Catholic Wives and the Hazing of Newly Married Life

I wrote this well over a year ago, and I am happy to say that even in that small amount of time I have seen the development of a very different group of young Catholic married women. But enough of another sort still exists that this may be worth thinking about, just a little.

I really want to, but reality seems to indicate that, if anything, when it comes to nurturing we are less trustworthy than other groups.

When I was preparing for marriage I read everything I could find that was at all relevant. My husband still laughs about the fact that I read everything related to marriage that the USCCB and four different dioceses had online. I read canon law, I read blogs. It was actually incredibly fun and not at all stressful… until I started encountering more of the women whom I automatically looked to as role-models.

One day I joined a Facebook group that had a cool Catholic feminine name. This was back in the day (I’m oh so old, dontcha know) when Facebook was different and groups were mostly about having a cool name show up on your profile. It was a private group (a new thing at the time) but as I mentioned, it had a cool name. 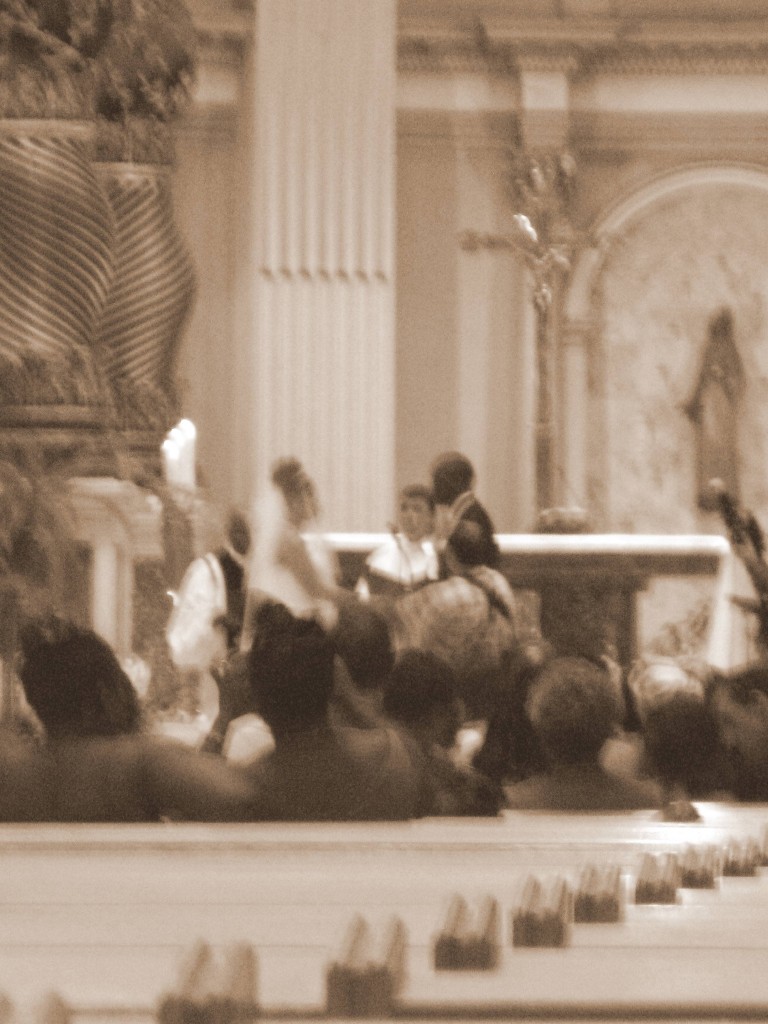 My request to join was soon approved and I took a little while to browse the discussions. It was clear that many of these young married women had been incredibly innocent prior to marriage, and had found the transition to marriage extremely painful. Amongst the lighter topics they shared suggestions and spiritual passages for those who were still reeling from hellish wedding nights, newlywed fights, and financial storms. It was nothing that I hadn’t seen before, I had read blogs and taken women’s studies classes requiring books about what life was like for women in the dark ages 1950s. But it did cause me to reflect on how crucial it was to share this information with the “younger sisters” of these women. Clearly uber-conservative Catholic colleges weren’t giving details of real married life in their Theology of the Body classes.

And then I got a message from another moderator. She apparently did not notice that I had been approved by one of her fellow moderators and asked me to share about myself before being permitted to join the group. I gave a young chipper response about how I was getting married that summer and was happy to have found such a great group. She responded with a curt explanation that she was removing me from the group because I was not married, and maybe I would be approved once I was married, but for now this was a place for married women to talk about married things. I got the distinct impression that she was not only protecting her little circle from my potentially ignorant influence, she was actually trying to protect my presumed innocence. The very same innocence that she had once had–until it was shattered by her marriage.

I was horrified. Previously I had felt badly for some of these women, but now I was upset about what they were doing. They had been hurt by a system that had set them up for heartbreaking pain. And now they wanted to carefully protect the same system by making sure that they only shared their wisdom with other women who had been suitably wounded by the same shocking transition from innocent girlhood to dejected and disillusioned wife.

As it happened, I did not actually need any of their factual knowledge, though I am sure I could have benefited from their communal wisdom. But they had no way of knowing this. For all they knew I was exactly as they had been two or three years before when they danced blindly into marriage.

The most troubling part is that this is far from the only example that I could give. Some women are happy to bemoan their horrible lot in life to anyone who will listen, but for many of us, there is a sense that others need to be protected from our terrible truth. But when this terrible truth is nothing other than the life which they are about to live, then we owe it to our community to share both the good and the bad.

Of course some conversations need to happen on an individual level with one person whom we can trust to understand. But if something is a universal enough experience to share in a Facebook group, then perhaps we are motivated by something other than perfect charity when we hide it from those whom we consider to be too innocent to understand.

One of the nastier sides of the world of Good Catholic Family Women is that we often make life harder than it needs to be. I refuse to believe that God designed the first years of marriage as a sort of horrible hazing through which Catholic women must live before they can be welcomed to the wounded-wives club.

I am very thankful for the women who (sometimes inadvertently) shared a healthy perspective of reality with me years before I got married. Sure, some aspects of Catholic marriage will always present an incredible challenge, but things are oh-so-very-much better when one is able to adequately prepare in the company of wise and gracious women. Thank God for the generous women who are determined to not let others experience the same unnecessary suffering through which they were required to live!